What’s going on with the weather lately?  Talking about being cooked in a frying pan!  Running errands becomes a real chore in such dangerous temperatures as high as 100°.  There are several states across the nation that probably reached all-time record heat in recent days.  It’s only July and I’m longing for cool autumn to arrive as I’m hopelessly stuck indoors with the ac blasting… for months to come.  Blah.  Iced coffee and my laptop have become my best buddies this summer.  I even made a big pitcher of limeade (without the sugar).  It’s really just a bunch of cut up limes thrown in a pitcher of water but it makes for quite a refreshing thirst quencher on insanely hot days.

Onto more fun stuff.  I absolutely adore the gray + black outfits from the Rebecca Minkoff FW 2011 runway show especially these two looks below where I’ve created the inspired versions.  Which is your favorite look? 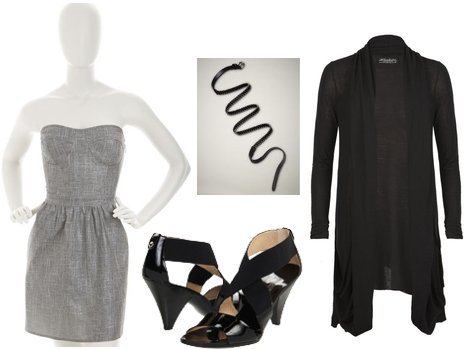 4 Reasons to Use a Moving Company

Tips for Parents of Shy Kids

Why Education Is Necessary for Business Success

Three Amigos on The Go

The Chicest Leopard Print Boots Under $75

More Than Just a Gym Hoodie

Sorry. No data so far.